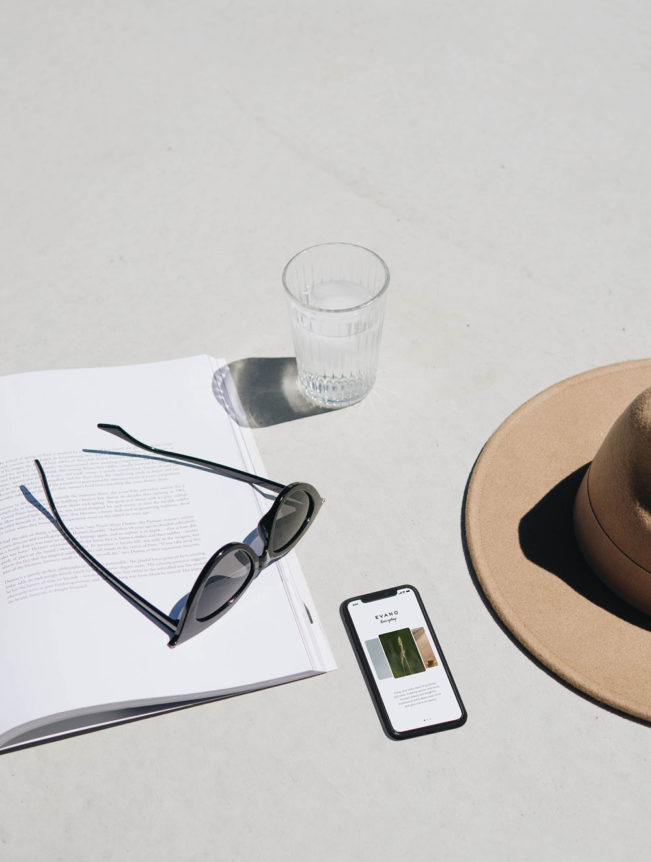 The world is full of guides to meditation, countless mindfulness apps, mindset coaches, and other smart guides. Yet despite so much guidance available, nearly one in four adults has mental health issues. And the numbers are rising, and not just because of recent pandemic events.

Sarah and Gerald know from personal experience how hard it is not to indulge in the dopamine-promising activities of everyday life, even though they’ve been meditating almost daily for 10 years.

“Everything is loud and screaming for your attention. In contrast, we wanted to create something that doesn’t flood people with new information, but encourages them daily to listen to the things they already know deep inside. Because knowledge is only one side of the coin, but daily application is the other and often much more difficult.”

The need for such a little helper became apparent to the two in their mid-twenties, when they suffered from generalized anxiety disorder and sometimes only left the apartment to do the weekly grocery shopping. Only thanks to daily meditation, yoga and the constant reminder to come into the present moment and be with themselves, they found their way out of the hole and more than that, they learned about (re)finding inner contentment.

“The key is not to escape reality, but to build a reality that you don’t want to escape from. The answers always lie within oneself, but finding them and developing the courage to follow them can only be done bit by bit through daily work. Best of all in a supportive environment! We wanted to provide this supportive environment to more people, because we quickly realized that especially creative people have already had similar experiences.”

As a first step, they founded Evano in Berlin in 2018 to exchange with other like-minded people.

“It was a great gift to be able to develop the Evano Everyday app in conversation with our community! Through direct feedback, we found out what content touched people the most emotionally and how we could capture the feeling of being on vacation and inner peace in an app!”

Every day, users receive one of four different types of content to help them get into the present moment. Handcrafted over more than 365, these little reminders are composed of immersive videos from nature, inspirational quotes, special exercises, and thought- provoking texts.

At the same time, every aspect of the app has been developed based on the latest brain research, so that just by using the app, alpha waves are stimulated in the brain. These brain waves are largely responsible for a relaxed state of mind. Many people today have forgotten what this feels like, which can then manifest itself in sleep disorders and chronic stress.

“The release of the app is a dream come true for us, because it has always been our heart’s desire to gift more people the feeling of inner peace. When we received a message the other day from a user in Korea that her day was exceptionally positive thanks to our app, it was a very moving moment for us.”

Another user reported that he suddenly stopped in the middle of New York, plugged in his headphones to watch a video from Evano, and for a moment was able to forget all the hustle and bustle around him.

For the future, it is planned to constantly develop the app, in close exchange with the community, and to support the personal exchange again.

“Our vision is that no matter where you are in the world, you can always meet inspiring people near you through the Evano Community. For this, we plan to revive our regular City Circle Gatherings, through which it all started in Berlin, but which came to a standstill worldwide due to the Corona Pandemic.”

The spirit of Evano straight to your inbox. Join thousands of inspirational people, stay up to date and get exclusive invitations to gatherings and other happenings.
Email
Subscribe